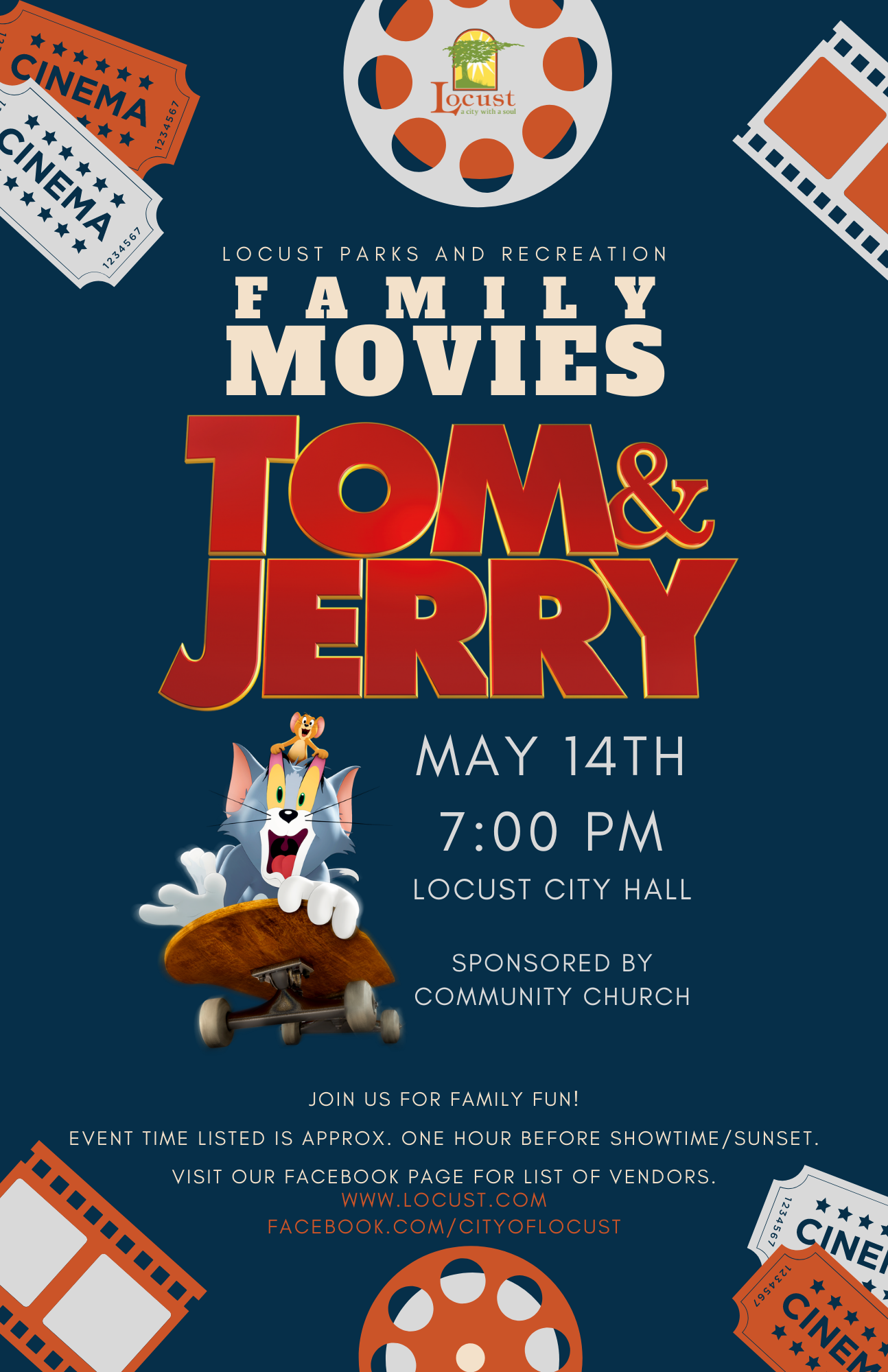 Join us behind Locust City Hall for a Family Movie Night featuring Tom & Jerry (the new 2021 movie)!
Our movie nights are free and open to the public, thanks to our sponsor Community Church!
The movie will begin at sunset, approx 8:10 pm. The backyard will open at 7:00 pm. Join us as early as 7:00 pm, grab a snack from a vendor or visit our sponsor’s tent.
Parking:
Parking is available in the Town Center public parking spaces. *Limited* parking is available in our “drive in” section at the back of the yard. For drive in seating, please enter the yard from Kerri Dawn Lane, behind the library.
No street parking on town center residential streets.
Food Vendors:
J&M Food Shack
Tropical Sno
For more information, email parks@locustnc.com

ADVERTISEMENT FOR RFP LEGAL NOTICE: The City of Locust has issued a Request for Proposal (RFP) for auditing services. Sealed bids are due on or before Friday, February 11, 2022 at 10:00am. Contact Finance Officer, Stephania Morton, 704-888-5260 or finance@locustnc.com for Bid packet. 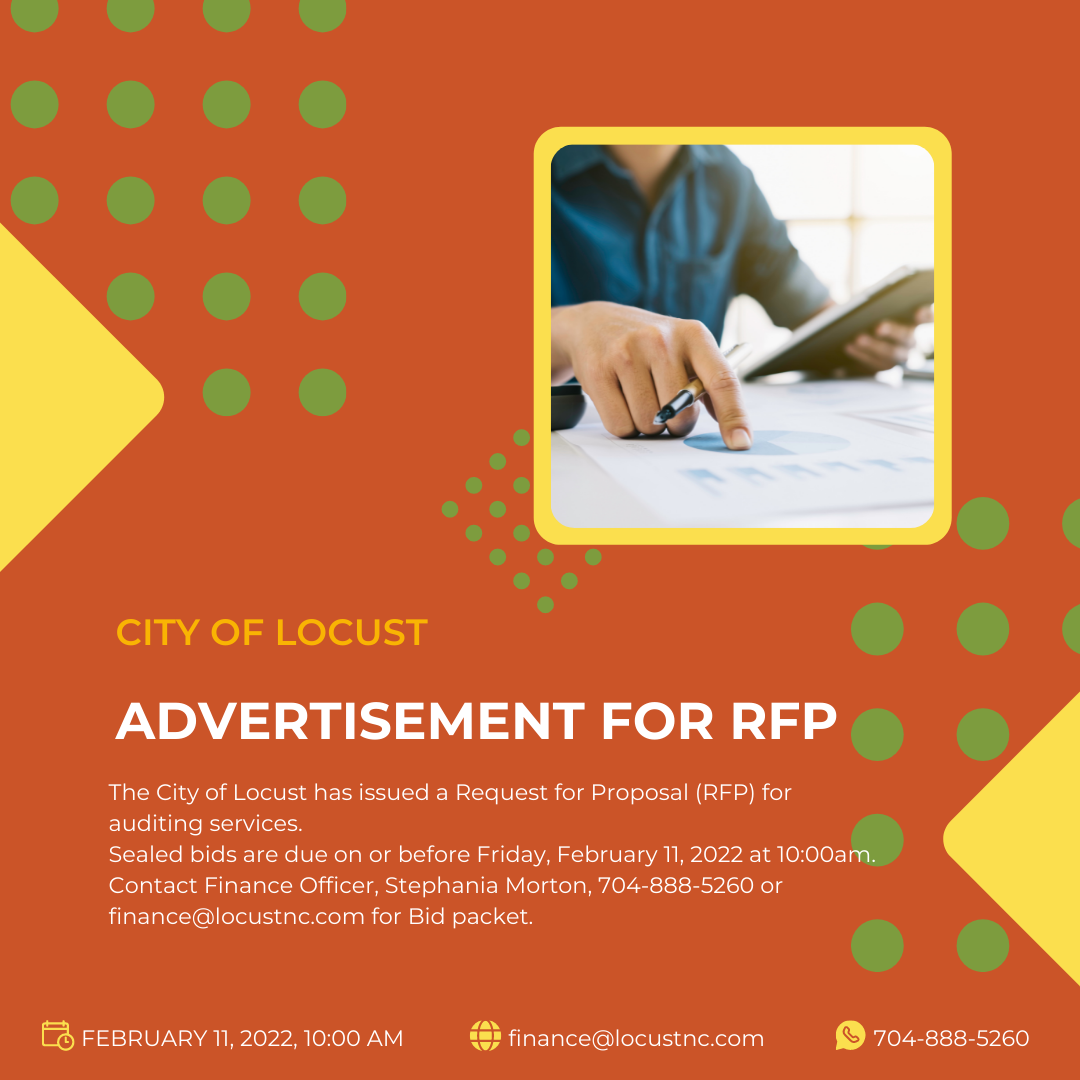 ADVERTISEMENT FOR RFP LEGAL NOTICE: The City of Locust has issued a Request for Proposal (RFP) for collection of solid waste and recyclable materials. Sealed Bids are due on or before Friday, February 11, 2022 at 12:00pm. Contact City Administrator, Cesar Correa at 704-888-5260 or cityadmin@locustnc.com for Bid packet. 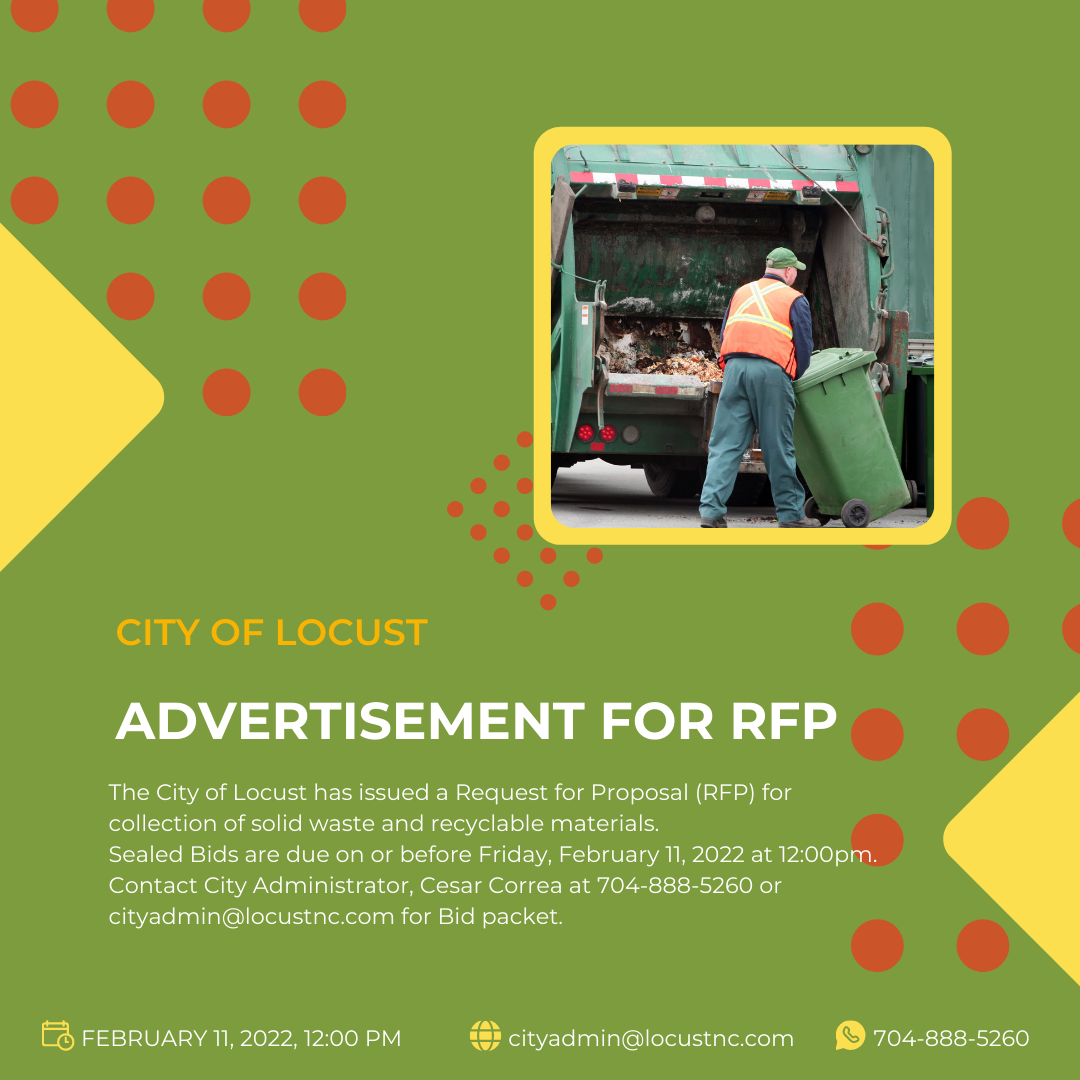 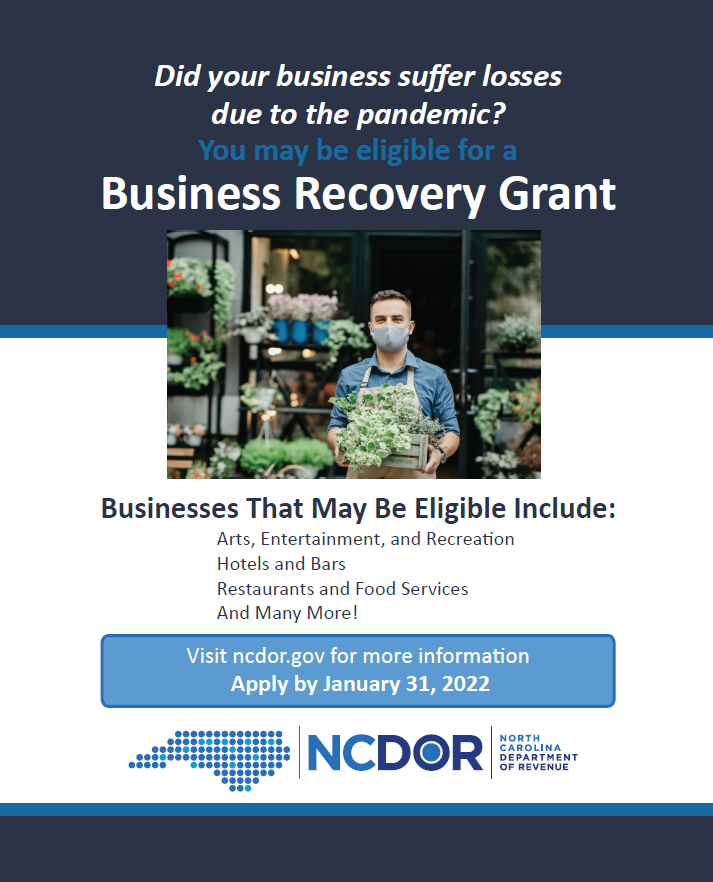 Click to view the 2020-2021 Annual Wastewater Report and a letter from Director of Public Works, Tim Flieger.

To view the Wastewater page for more information, click here.

An excavator is currently on site at the Hopper Communities project on Elm Street.

As per the developer, the purpose of this equipment is to perform soil testing and determine rock location. If you have any questions, please contact Cesar Correa, City Administrator directly at cityadmin@locustnc.com

Click here to view the plans for the Redah Phase 3 development, currently under construction.

It is with extreme sadness and a heavy heart that the City of Locust City Council announces the sudden passing of Chief of Police Steven Smith. Preliminary indications are that his death is due to natural causes.

During his tenure as Chief of Police, the Locust Police Department fostered partnerships with law enforcement agencies in Stanly, Union, and Cabarrus Counties that will forever be remembered as a testament to his leadership and discipline.

Chief Steven Smith was 45 years old and is survived by his wife, Melissa, his daughter Riley, and his son Hunter.

Please keep his family, the Locust Police Department and his many friends in your prayers for the difficult days ahead. He will be greatly missed.